Hello everyone, I'm new to the community forums and I've got a quick issue about one óf our róbots. My problem is the adhering to, we have got 6Fanuc robots and all of them except this one obtained the Collision Detect Security alarm (when the robot 'strikes' something), the 1 that will be causing issues doesn't have got that (my figure is usually it's not configured properly) instead it's thé OVC aIarm, which you cán not really reset to zero!

We have got to completely convert off the robot, reset everything and begin from the beginning of the system since It wont resume where it ceased! So my question is, can be generally there any method to reset to zero the alarm?

And why is now there no Impact Detect Alarm instead of the OVC? Thanks in progress, sim. 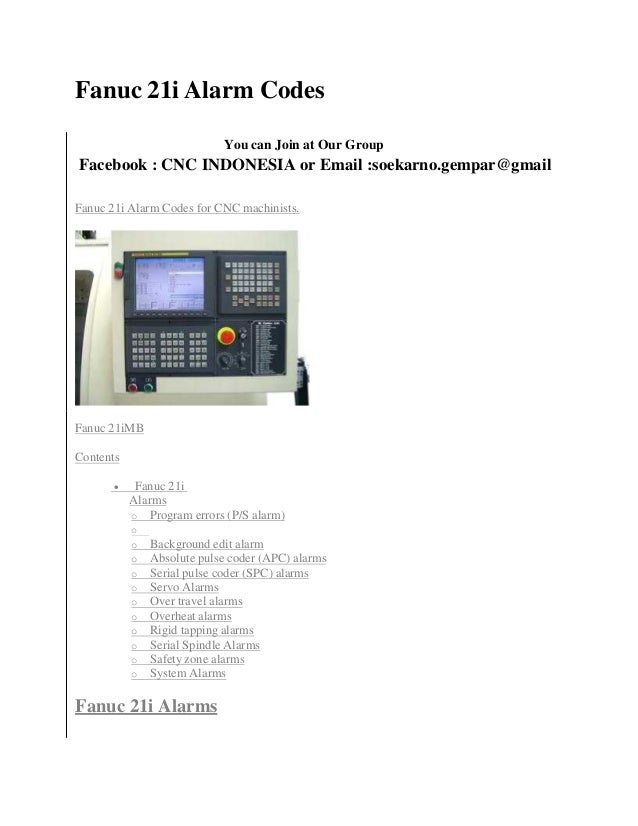 Post your own comments and CNC tips. Help grow and collaborate one of the largest CNC alarm listing databases for Machinists, Maintenance, CNC Programmers, CNC hobby and DIY CNC guys.